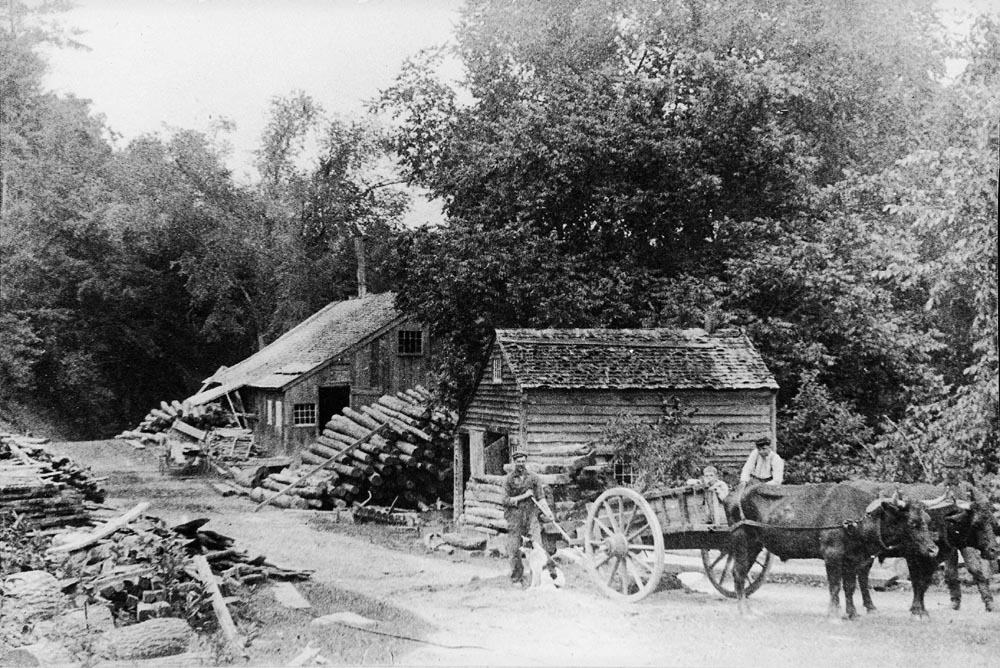 From left: John Palmer, dog Nero, Dwight and William Bailey (whose father, Albert Bailey, was a collier in 1870)

Sawmills were an important part of life in Cornwall starting in 1739, when Timothy Collins was given permission to set up the town’s first sawmill. By the 1770s, sawmills were owned by Captain Jonathan Buell, Noah Bull, Hezekiah Carter, Thomas Dean, Seth Pierce, and Noah and Edward Rogers. They produced lumber from white pine, oak, walnut, hemlock and maple. Wood staves for barrels were also made. Throughout the 1700s, towns in Connecticut produced white oak staves for export to the West Indies, where they were turned into barrels for rum, sugar and molasses exported back to New England.

In 1801 Cornwall had seven sawmills and one bark mill, where tree roots and other tree scrap were ground into a fine powder used for tanning leather. There were several carpenters and joiners, who frequently worked outside the town building houses, barns and furniture. Maple syrup was produced in small quantities. By 1819, there were 20 sawmills in Cornwall. 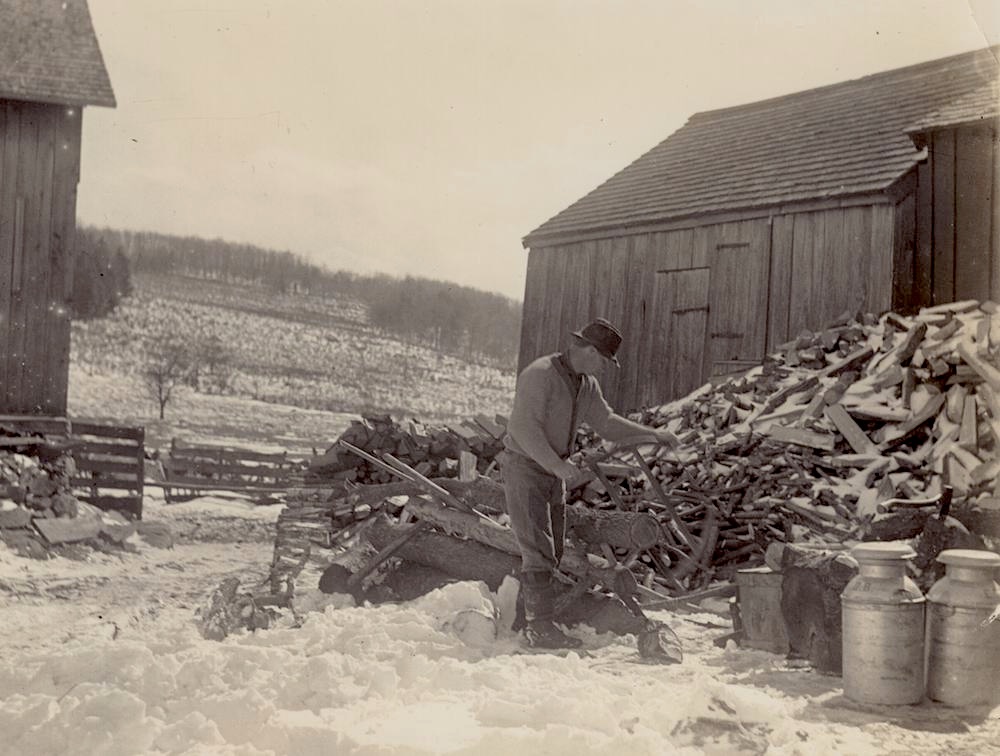 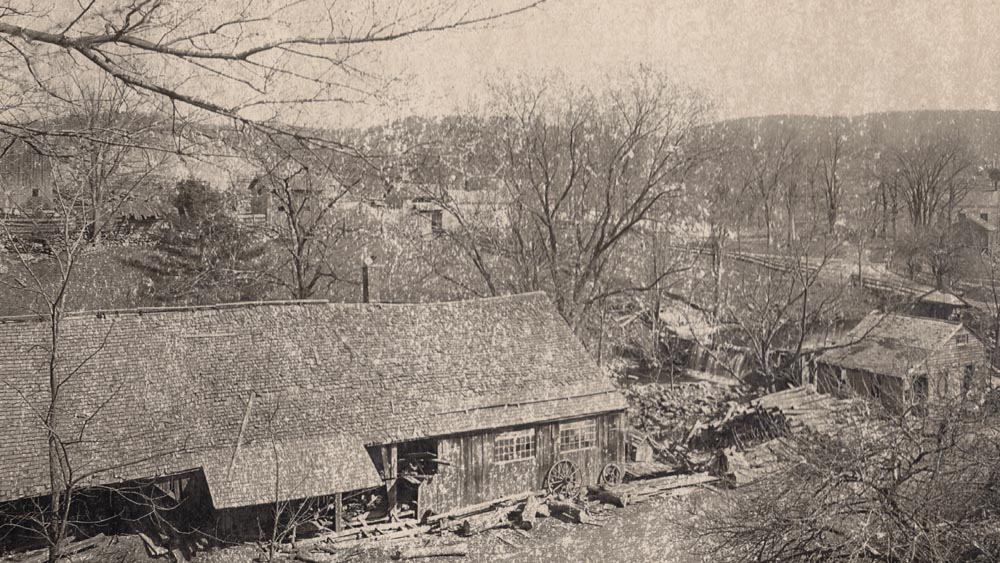 Palmer Sawmill
Abram Foote Palmer (1839-1916) spent most of his life working as a carpenter. He owned a cider mill and a lumber mill in Cornwall Hollow and a second lumber mill south of Cornwall Plain. His father Ozias and uncle Silas were also carpenters, as were two of his sons and at least one of his grandsons, Edwin A. Palmer, who worked as a carpenter for the State Park and Forest Department and as a forest fire warden. During the late 19th and early 20th centuries, the Palmer family also worked as colliers.

“My father had a sawmill down in the Cathedral Pines…. We kept a pair of horses for drawing logs and lumber. I remember my father had a man who drove the team. He froze his feet when he was drawing the timber from the Crooked Esses up to the sawmill in the Pines, and he had an awful time getting [the timber] over, but finally got it up there and got it straightened out…. The sawmill was up at the top [of the brook], the planing mill was at the other side, and the grist mill was at the back end.” 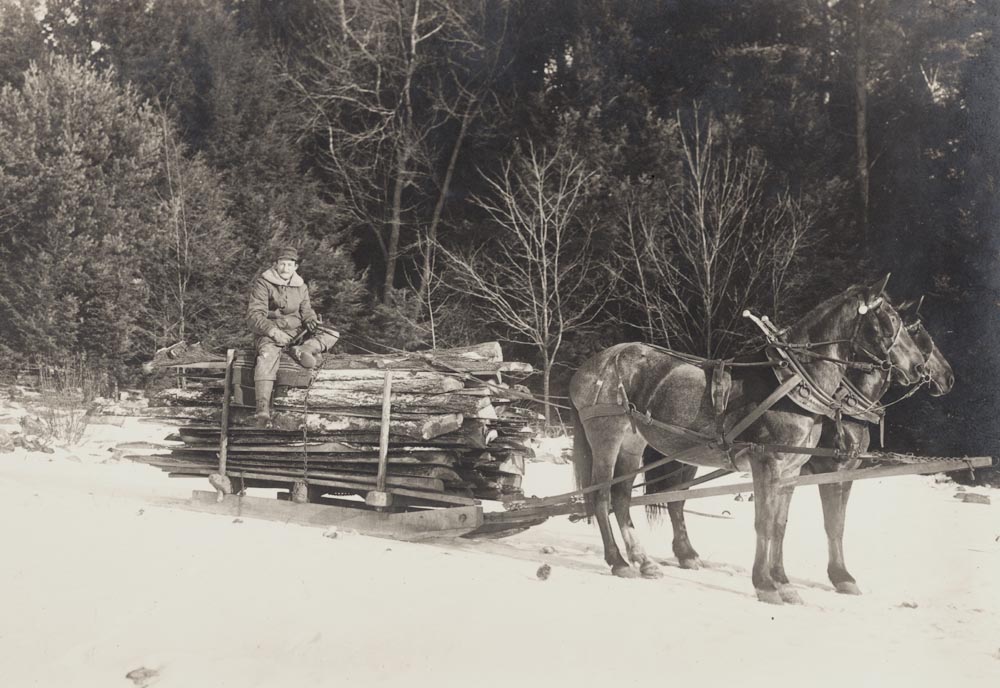