I grew up in the Northern Appalachians, the Berkshires. Raised on Sharon Mountain and in West Cornwall, Connecticut, I was at home on both sides of the Housatonic River. – Lorraine Hammond 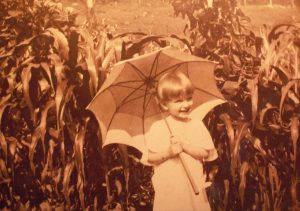 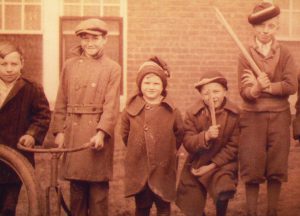 Lorraine’s mother Eleanor grew up on a farm on the Cornwall side of Sharon Mountain and walked to the two-room schoolhouse in West Cornwall. Eleanor was a locally famous baker; older Cornwall residents still talk about the cakes she made for weddings and anniversaries. Through the years she also catered parties, cleaned houses, and prepared school lunches.

Lorraine’s father, Joseph Henry Choiniere, grew up in an orphanage in New Britain and came to Northwestern Connecticut in 1934 to work for the  Civilian Conservation Corps (CCC) in Cornwall. 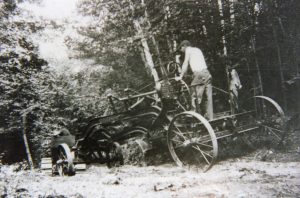 A study of rural Litchfield County in the early 1940s by the Connecticut Agricultural Extension Service found, in addition to prosperous farmers and seasonal residents, an assortment of part-time farmers, tenants, farm laborers, and marginal owners. Many a part-time farmer also worked as  a carpenter, mechanic, mail carrier, baker, caterer, or caretaker. A pattern of “piecing together a living out of diverse activities” reflected the fact that “the tradition of the Yankee handyman and jack-of-all-trades still persists, a survival of the self-sufficient economy.” 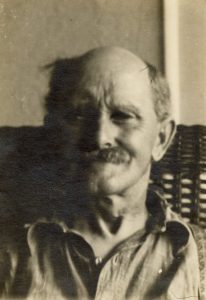 Grandpa Smith, after a hard, hot day in the hayfield. 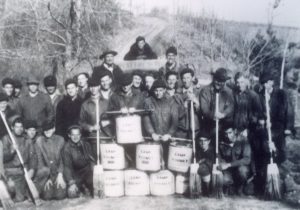 After his marriage to Eleanor, Joe ran the Smith farm where she had grown up. Oscar Degreenia worked on that farm with Joe, often singing the old songs as he did his tasks.

When the family left the farm Joe worked for the Connecticut State Highway Department road crew from the early 1950s until his retirement in the late 1980s. He also worked as a forester and gardener and sometimes ran snowmaking equipment at the Mohawk Mountain ski area. 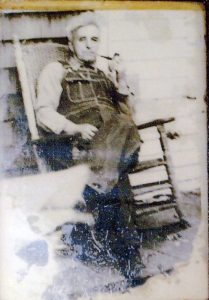 Cornwall ballad singer Oscar Degreenia had some of his repertoire recorded by Vermont ballad collector Helen Flanders in the 1940s and 1950s. I remembered sitting on his porch listening to him sing, and I discovered that his family were denied access to those now-archived recordings. My frustration at this injustice culminated in my enrollment in a master’s program at Goddard College. There I studied folklore, ethnomusicology, and the politics of culture. My first agenda was the retrieval of those recordings. I succeeded, and brought a copy to Oscar and Etta’s daughter Dolly Ovaline Teer. –Lorraine Hammond 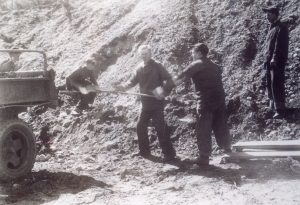 I always wondered how you could make a living here if you didn’t own a farm or have a trade. –Joe Choiniere

The traditional delivery style of Oscar Degreenia’s unaccompanied ballad singing, the soaring voice of Comfort Starr’s fiddle, and the cheerful pluck of Pat and Biddy Bierce’s mandolins were all part of the musical soundtrack of my childhood. – Lorraine Hammond

Cornwall has long been known for its writers, artists, and famous  seasonal residents and visitors. But from its founding Cornwall has been built on a bedrock of people whose main source of livelihood was the sweat of their brows and the skills of their hands. They formed, and continue to form, a rural working community. Music has been a central element of the continuity within that community.