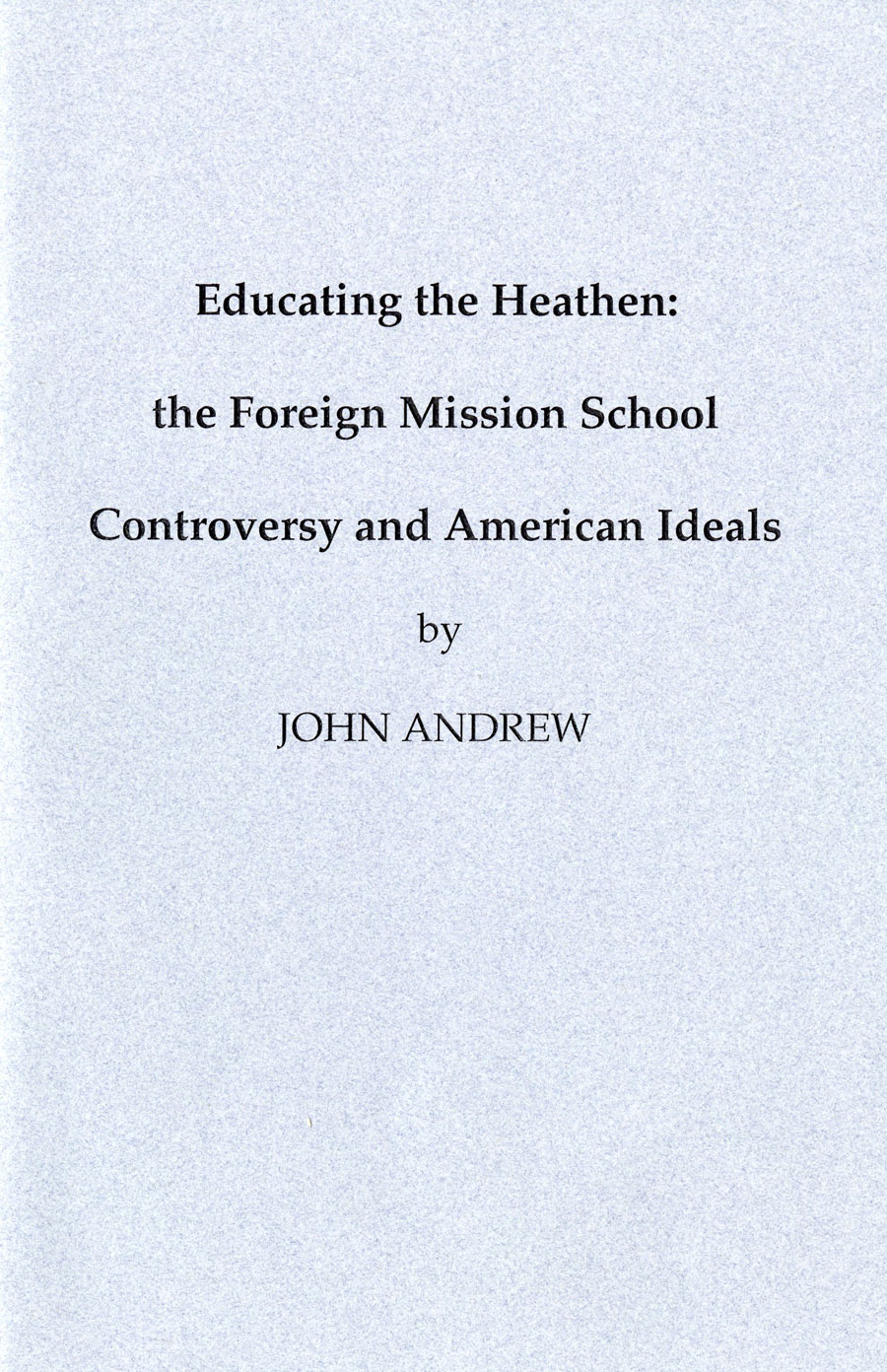 This article written for the “Journal of American Studies,” presents an example of the missionary movement with the establishment of a school in Cornwall and its closure nine years later in 1826. During those years the policy toward the non-Christian — Hawaiians, Cherokees, Chinese, and others — changed from educating them among Americans to sending missionaries to the native territories. Racial discrimination and mixed marriages were a local scandal and exemplified the larger issues of slavery and the Indian policy.

Return to Exhibition
Back to Shop