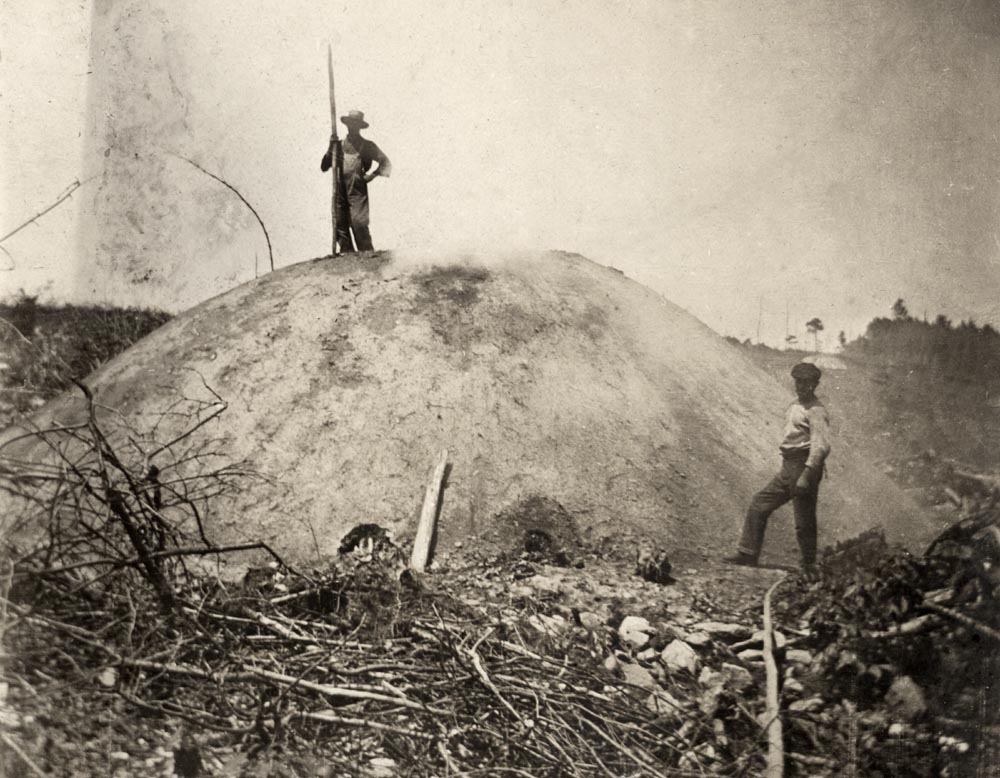 The 19th century colliers cut trees into four-foot lengths and piled them into a mound that could be as large as 25 feet in diameter and 15 feet in height. A crew of four men could build a mound in two days.

The mounds were covered in wet leaves or ferns, then a layer of sod and twigs, and the wood inside was set on fire to burn slowly. The mounds had to be monitored around the clock for up to one month. 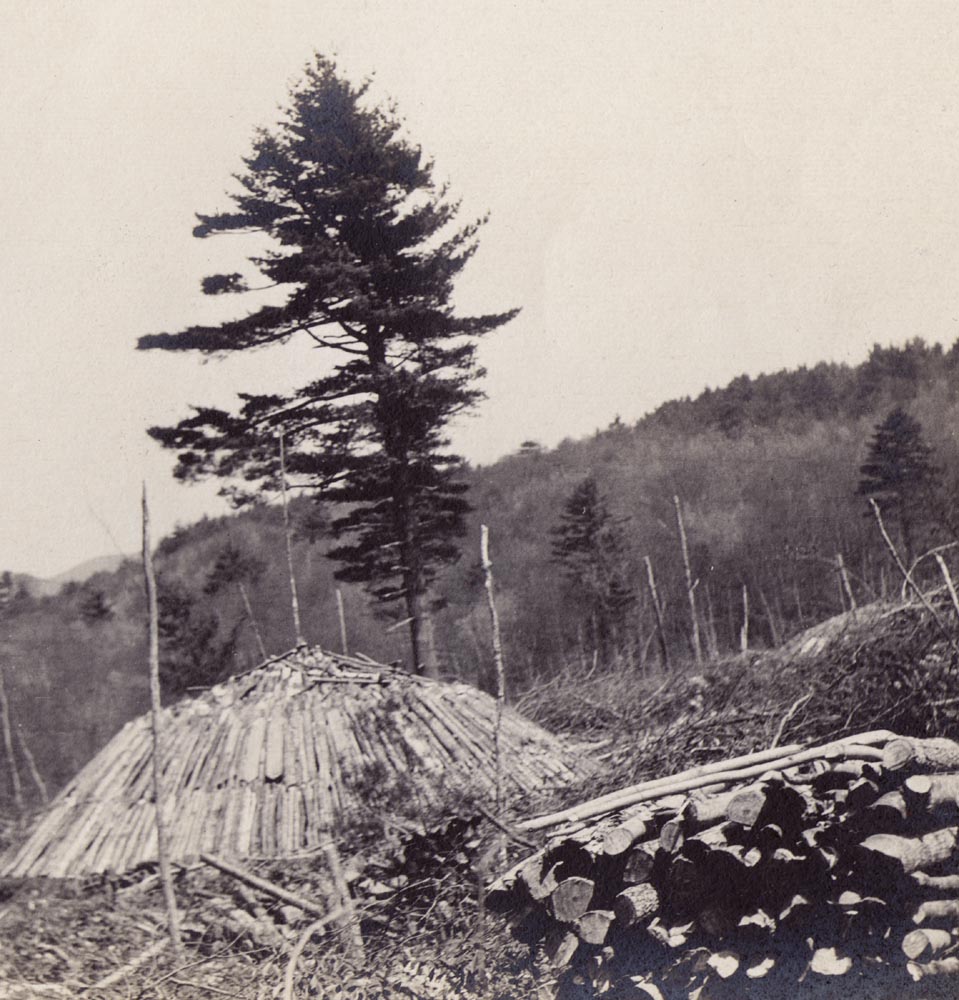 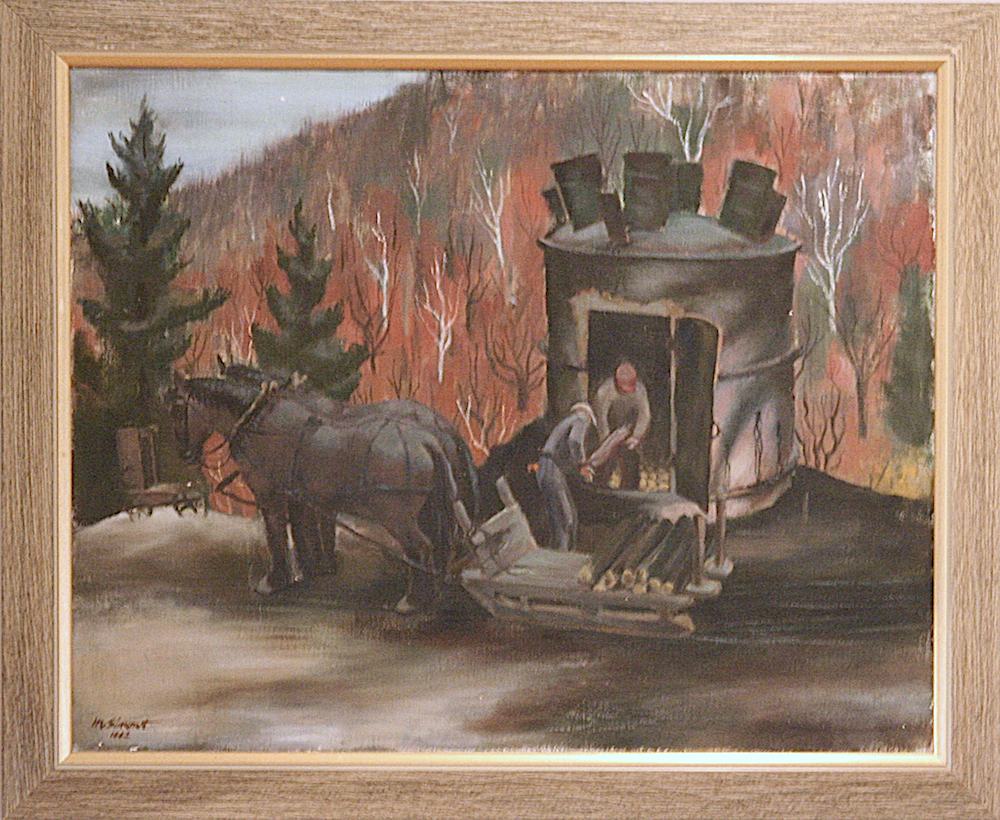 The charcoal industry was revived during the Great Depression. John Drumm of Cornwall Bridge began making charcoal in 1931 when the lumber and cordwood businesses dried up. He found a market for charcoal with tobacco growers, who used it to cure the tobacco leaves.

Cornwall artist Marc Simont created a painting of Drumm at work in 1942 (see image). Instead of making a charcoal mound, Drumm loaded the wood into a metal kiln.

Charcoal making could be a dangerous occupation. A young collier, the son of a French Canadian immigrant who worked for the Barnes, Richardson Charcoal Company, was fatally burned when the mound he was tending collapsed under him.

Another collier, working in Lime Rock, was bitten by a rattlesnake in 1905. The collier was an Italian immigrant, unfamiliar with the danger posed by rattlesnakes. He was treated in West Cornwall by Dr. J. W. Ives, who was able to save him. 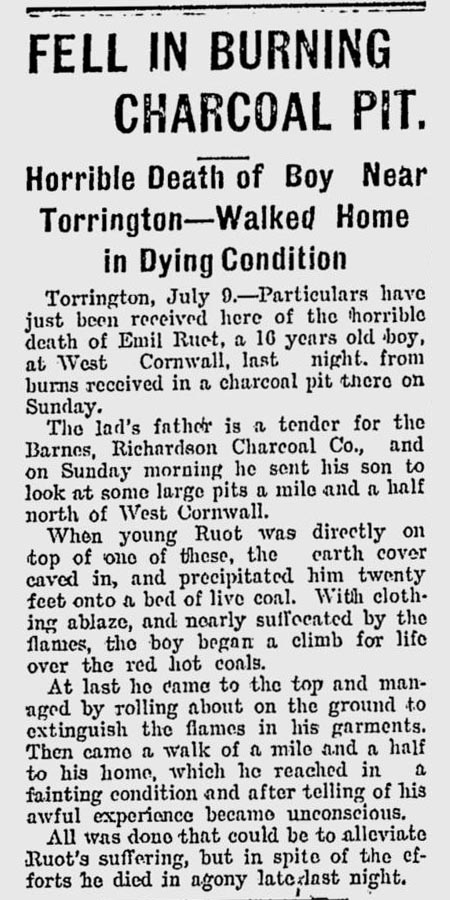