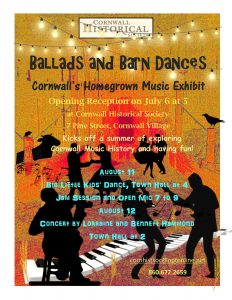 Cornwall has long been known for its writers, artists, and famous  seasonal residents and visitors. But from its founding, Cornwall has been built on a bedrock of people whose main source of livelihood was the sweat of their brows and the skills of their hands. They formed, and continue to form a rural working community. Music has been a central element of the continuity within that community. 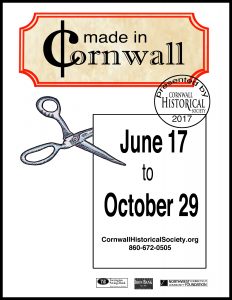 Made in Cornwall, explored the history of industry in Cornwall and surrounding communities, and 20th-century factors which led to the closure of most of the region’s industrial enterprises. It also aimed to encourage visitors to consider present and future industry in rural communities. 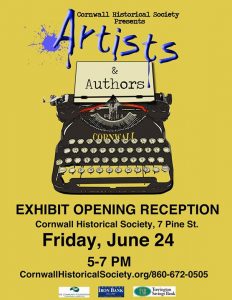 This exhibit explored Cornwall as a creative community from the late 19th century through the late 20th century through paintings, photographs, artifacts, and oral histories. The exhibit will also explored how Cornwall maintained a sense of self and community with the influx of many cultural producers, such as Lewis Gannett and James Thurber, during the 20th century and its influence on these creators of culture and artistic trends in America. 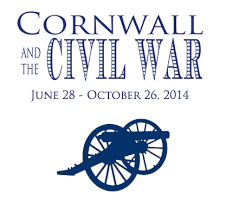 Cornwall and the Civil War

One hundred and fifty years ago, the people of Cornwall became embroiled in a war that tore the nation apart. Men from Cornwall enlisted in the Union army, spending years away from their farms and businesses. The lucky ones returned home and recovered from their wounds; others returned home but were never able to recover from the trauma of war; still others died in battle or from disease. 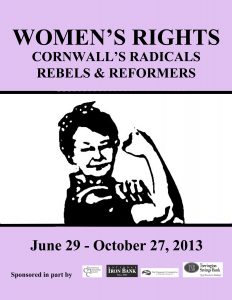 Women in the United States today enjoy legal and social freedoms that far surpass those of women in many parts of the world, but this was not always the case. Despite the limitations they faced from Colonial days through the 20th century, numerous Cornwall women pursued their interests regardless of existing constraints. 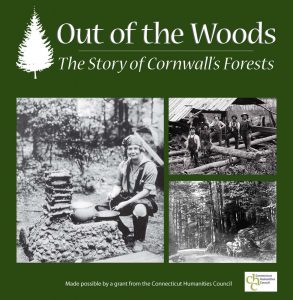 Out of the Woods: The Story of Cornwall’s Forests

When its first settlers arrived in the 1740s, Cornwall was covered by forest. Less than a century later, most of the town was open farmland. Today, Cornwall is 81% forest, thanks in part to reforestations efforts during the 1920s and ‘30s, when more than 450,000 trees were planted here.

Care to Cure: Medicine in the Era of Dr. W.B. Walker, 1923-1977 was inspired by Cornwall’s Dr. Brad (1895-1977), a traditional town doctor, and shows both the hands-on care and the universal challenges and advances in medicine.